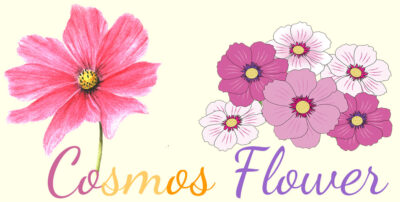 The Cosmos Flower, also known as Autumn Sakura can usually be found in pink, orange and white varieties and is the ornamental flower that blooms in the month of October (depending on the region).

Usually the blooming of the cosmos begins in summer and, depending on the weather, can last until November.

Its name originates from ancient Greece, where the word Cosmos means “Beautiful”. In Japan, the Cosmos flower is much admired, even being adopted as a symbol flower of several Japanese cities.

Start to end of October