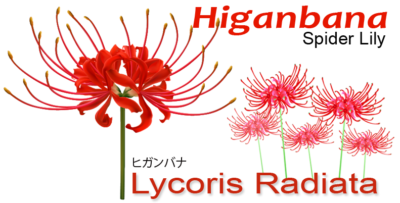 Higanbana (ヒガンバナ), is the Japanese name of the Spider Lily, is a plant of the Amaryllidaceae family, belonging to the Amaryllidoideae subfamily of 13 to 20 plant species. Originating in China, it was introduced to Japan many centuries ago and its full bloom in mid-September and early October.

【It doesn’t have a correct date depending on the temperature of each year, it blooms earlier or faster】